Interim president Adly Mansour introduced to the upcoming presidential elections the requirement that applicants undergo physical and psychological examination. To determine if an applicant is fit to preform his/her duty as president of the republic. The new law does not state which physical or psychological conditions bar applicants from qualifying nor does it state who will examine them. 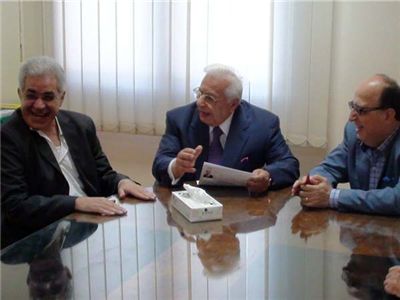 The Presidential Elections Committee (PEC) assigned the task of examining candidates to the General Administration of the Specialised Medical Committees (SMC) which belongs to the Ministry of Health. The SMC carried out the examination at the beginning of April. It didn't announce the number of applicants it rejected. Only one candidate announced, on his campaign Facebook page, that he was refused based on the psychiatric assessment.

Can a blind Egyptian or one on a wheelchair become president? Does living with hepatitis C prevent a candidate from fulfilling their duty to serve the country with the highest prevalence? These questions will not be open for people to discuss because the decision has been determined according to the whim of a small number of doctors appointed by the Ministry of Health. Till today these rules haven't been made public.

For months, the media invited psychiatrists to comment on political matters. This often came with the request to diagnose or comment on the behaviour of certain politicians or groups from afar and without their consent. An unethical practice according to the rules of the Egyptian Psychiatric Association (EPA).

Famous psychiatrists appeared in the media, including the head of the EPA, to discuss Mohamed Morsi or Abdelfattah el-Sisi. Their conflicting comments, wrapped in psychological terms, had no scientific merit and only revealed their political biases. They misuse their scientific authority to serve political propaganda instead of informing the public on mental health issues.

Some psychiatrists reject the idea of psychological examination of presidential candidates. They argue that it is difficult for psychiatry to predict the future, public focus on candidates during their campaign is sufficient to elucidate—for the public—any mental or behavioural problems and psychiatrists often disagree on the diagnoses since they reach it subjectively based on groups of symptoms apparent and not with objective lab investigations.

While psychological examination is a standard procedure for top military and intelligence positions (which makes no sense) this requirement raises questions on the nature of the job of the next president.

Regardless of where the line is drawn, the medical and psychological examination of presidential candidates is another form of discrimination and strips away the ability of people to chose democratically who is fit enough to serve them.