I remember when I first heard about Khaled Said's case. I didn't take notice of the name. Mohamed Abdel Aziz, the young and brilliant Nadim lawyer, sent and internal email saying that he contacted the family of a young man in Alexandria who they claim died from torture but the police says he fell from an ambulance stretcher. 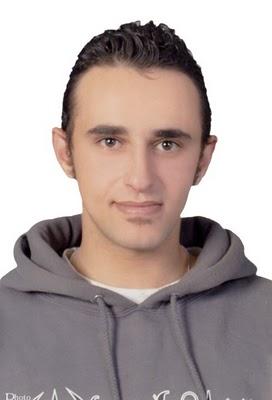 Honestly, I hoped that the police's story is correct. It was going to be another statement by the centre that will receive 300 hits and perhaps mentioned in one or two newspaper. I really wished it wouldn't be yet another family suffering a loss due to the brutality of the plague that is Egypt's police. Perhaps the family is mistaken. Will wait for more details.

Then Ayman Nour posted the photos released by the family before and after Khaled's death. This started an explosive response online. Specifically Facebook, where the We are all Khaled Said page became the nucleus. Everyone changed their profile picture to that of Khaled and joined the page (and other copycat pages).

I felt jealous about the response to Khaled Said's case. We had lots of other victims of torture who weren't dead who have gone through horrible experiences and were willing to speak about what happened to them. And others who lost relatives and the biggest exposure they got was from a small press conference in Hisham Mubarak law centre. In fact, after Khaled Said, there were others who sustained gruesome torture and didn't get the same response. We had photos of their bodies, videos of their testimonies, etc.. nothing received such response.

People protesting the killing of Khaled were faster than anyone else. They didn't wait for forensic reports, they didn't wait for investigation by the prosecution. They knew the reality of all this. A small group of activists in Alexandria who couldn't wait for a bigger protest to be organised, headed at night to Sidi Gaber police station, where the secret policemen, who are accused of killing Khaled work. They were quickly rounded up and charged with a list of charges from threatening public order to an attempt to break into a government building. In response to all this the ministry of interior published a statement that denied the torture and had a threatening tone.

The Facebook page continued to grow and whoever was behind it created a twitter account, an Arabic and English websites called elshaheeed (the martyr). At the same time, public pressure continued to mount and independent mainstream media lagged behind while state media decided to launch a smear campaign.

The first forensic report was rejected by the family and lawyers. The public also didn't consider it to be more than a work of fiction and fraud. It diagnosed Khaled's death to be from asphyxia after swallowing a wrap of hash. Eyewitnesses however said the two secrete policemen who approached Khaled smashed his head in a marble shelf and the stairs of a building where they continued to beat him for 20 minutes.

Following the family's request. The prosecution ordered a second autopsy. Which was done outside Khaled's grave and not in the labs of the forensic authority. In an hour or so, the head of the forensic authority Dr. El-Seba3y finished his autopsy and few days later his report came out confirming the police's story. He didn't even bother doing an X-ray to his skull.

This time, protests weren't only directed towards the police but also towards state media. And activists protested outside the Gomhorreya newspaper in the blistering heat chanting against it's journalists, state security and the smear campaign.

The Facebook page called for very unusual protests. One of the most interesting comments that people left on that page was 'what are we going to do?', 'we have to do something.' Wael Ghonim, the page administrator who was at that time acting anonymously, was never an activist and I think he said he never joined a protest before. He probably sensed people's anxieties about joining a street protest in a state where who does so gets beaten and detained, asked people to stand 5 meters apart along the Corniche of Alexandria dressed in black facing the sea.

Sounds ridiculous, but it worked and lots of people went and Alexandria saw an impressive scene and the police didn't know how to deal with this. This form of protest was repeated in different cities. Many overcame their anxieties regarding standing in the street protesting. In few days there was a big (few hundred was considered big before 2011) outside the ministry of interior which ended with a 4 hour kettle and another one that marched in downtown and ended with beatings in the streets to men and women and arrests.

Few weeks later and the case was in court. With only two secret policemen charged, despite the fact that the entire police station was involved in intimidating witnesses and in covering up the story. The ministry of interior decided to respond to the protests outside the court house with a counter protest. They brought men who were told to hold similar banners and were always given the stairs of the court to protest while the anti-torture demonstrates were kettled. The counter protesters were exceptionally well behaved they kept giving the anti-torture protesters the finger, threw objects or called them names. At the end of every session, they'd be shipped back to where they are from like schoolchildren after a day trip in buses.

The momentum behind Khaled's case decreased after every court session. Perhaps the public knew that they can't do much while the case is in court or because schools started. This was a depressing time. The public didn't forget the case but there was nothing new and protests stopped.

Meanwhile, Egypt continued to grind its citizens. Economically, politically and in every way imaginable. Till what happened in Tunisia and you probably know the rest of the story. But Khaled became the first in a series of martyrs in the last year who gave their lives for a better, less depressing, Egypt.

It's amazing how Khaled means so much for all of us now. But a year since Khaled's death. Not much has changed officially to prevent torture. People are empowered after the revolution. They no longer take shit from the police. A microbus driver was tortured to death in Azbakeya police station, people responded by attacking the police station and trying to set it on fire.

Today, only the minister of interior is behind bars accused of killing the protesters. A scapegoat. We can see the rest of the police force, with it's exact same formation before the revolution. Members of the police who shot protesters are still in their jobs. The army and the military police who are in charge of the security since the revolution tortured people. Criminal suspects and activists.

We have to remember that we have many challenges and these are not only from the government or police.

The general public is fed up with the perceived lack of security and lawlessness after the revolution and want the police back in the streets in any form. Some not caring if they return to their earlier methods. Others are distorting history or trying to make people less interested because the majority of the victims of torture are poor people. Or interested in seeing justice in those who killed the protesters and that's it, as if the 30 years that people revolted against didn't happen.

It's now really a matter of how far we want to go to prevent systematic torture.