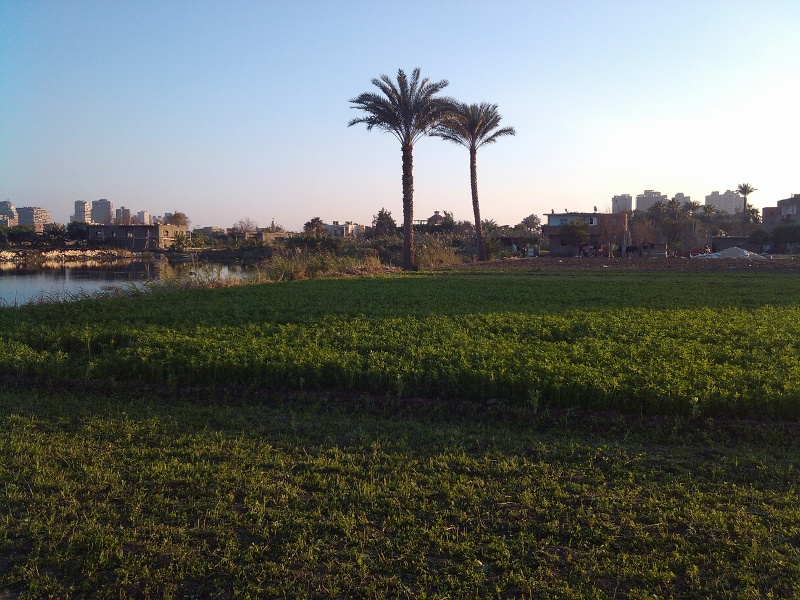 The government has complete monopoly over data and information. There may be hope that this may change with the draft Freedom of Information law, but this is unlikely. National security concerns will always stand in the way of getting complete information.

You can buy from the Egyptian Survey Authority (ESA) maps of any area in Egypt in great detail, except areas deemed sensitive. For this, people are referred to the military survey authority, which can sell you the map or it can deny requests on a national security basis.

In the age of Google maps, buying printed maps is a hassle and there is a possibility that due to the land dispute between the people living on Qursaya and the Army, maps of the island may no longer be available. This is serious.

Qursaya is not very well known, it's a mostly rural area with one small hand operated boat for transporting passengers. The curious of the general public will most likely check it out on Google maps and they will find nothing. On Google maps, it's a featureless Island with no detail or labels, even though it has a population of almost 5000 with residential areas and farms. One may see this and ask, Why are activists making such a big deal? Even satellite photos aren't informative as they lack contextual information.

Journalists trying to explain the situation to the general public will not find maps that are easy to access and available for use on TV, web or print.

I propose that we change this using OpenStreetMaps (OSM). One of the most brilliant collaborative projects online today. It aims to crowdsource the creation of a free world map. With an open license that allows everyone to use it. It's current coverage now is quite extensive. During the Haiti earthquake disaster, volunteers created a complete and accurate map of Port-au-Prince in two days.

So let's read the documentation or watch some videos and use the widely available online tools to get this done. You don't have to download anything. I learned the basics of map editing and it wasn't very difficult. Online tools such as Potlatch2 makes it very easy to trace Bing satellite imagery of Qursaya. In an hour's work I improved it's outline and added few features. Remember you are not allowed to trace Google's data or any commercial map. Bing gave OSM permission to trace its satellite imagery.

If you go to the island, turn on your phone GPS and record tracks and way points, this can add more detail and accuracy. If you live on Qursaya or you know someone there, it would be very useful to collect information on the different features of the island. It will be even very useful if we can trace ESA maps as well (public domain).

If anyone reading this has experience in editing OSM maps and the different tools used and is willing to give a small demonstration, please get in touch.

Qursaya on OpenStreetMaps after I added some features