UPDATE Wed. Dec 29, 2010:The Supreme Council for Antiquities announced today that building housing the Abbaseyya Psychiatric Hospital will be listed as an Islamic heritage site.

UPDATE Mon. Apr 18, 2010:
The designs changed on Zaha's website to include the hospital. Thanks to Luiz for the tip. 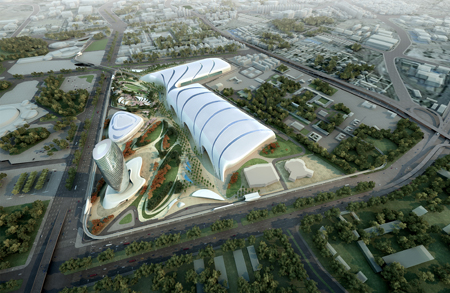 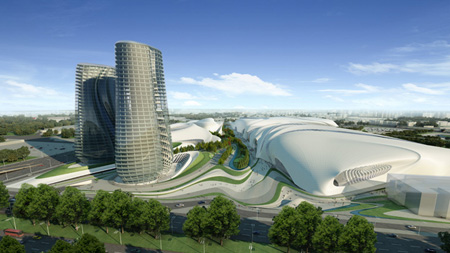 Opened in 1883, after a fire consumed a number of royal palaces except for one that was painted yellow and named the Yellow Palace (el-Saray el-Safra) it became Egypt's first modern hospital for the mentally ill. 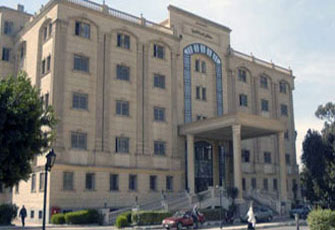 Now it's in an area of 28 hectares and has around 3000 beds, offers almost all major psychiatric sub-specialities and an outpatient and emergency psychiatry services. The hospital serves around 60,000 patients each year. 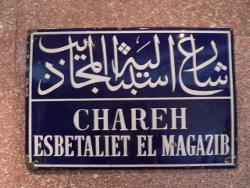 The hospital's history hasn't been free of turbulence from dark chapters in the history of psychiatry, overcrowding, stigma, neglect, abuse and the government's unrelenting will, since the 90s, to tear it down. Although, in the last 10 years it's conditions improved, the hospital needs more attention and money from the government, not relocation to a city that's more than 50 km away.

Hadid's CGI demonstration of her Cairo Expo City starts with a misleading satellite picture outlining the project that clearly doesn't include the hospital. 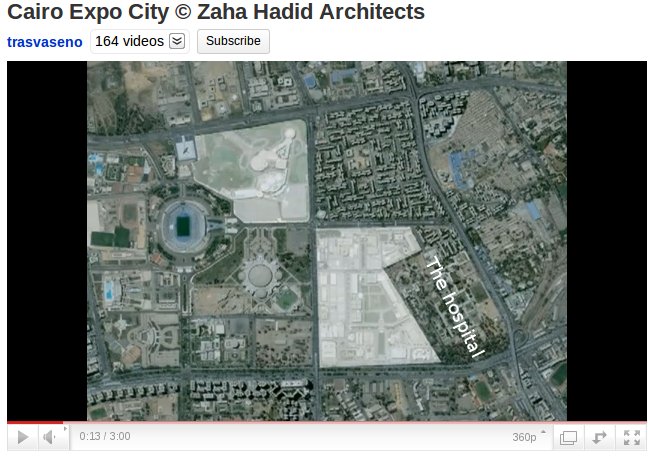 However, the other slides show that the hospital is included in her project as part of a green area with an artificial lake. 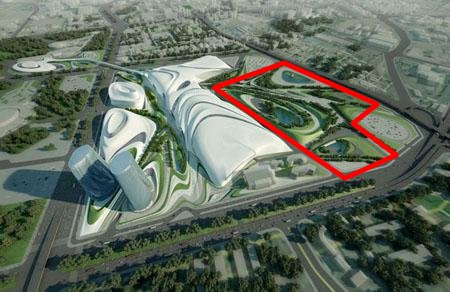 The red outline is that of the current location of the hospital.

Today, doctors and nurses protested this plan. Which haven't been denied or confirmed by the Minister of Health.

The ambitious, expensive and destructive project will offer exhibition areas, hotels, shopping mall and offices. An ugly mass of concrete painted white designed to look futuristic and to "create a rich ensemble of diverse functions which caters for multiple audiences and activates the site across different times and days of the week."

Just as architects allow themselves to write this bullshit, they should be morally responsible on what their projects will be built upon.

The only audience it doesn't cater for are the poor (it's going to be City Stars but in a convention centre outfit), the poor mentally ill who over the years have benefited, if perhaps in an unideal way, from this place and the hospital workers.

There are several good arguments against the relocation like the WHO recommendations regarding travel to the mental health hospital should be less than 20 minutes. There are more here. Here's a quote from the head nurse.

“I’ve been at Abbaseyya [Psychiatric Hospital] for 39 years,” said Soleiman. “I’ve got one year and seven months left until I retire. How am I meant to go to El-Badr? We have young nurses here earning modest wages. How are they meant to pay to get there? How will a nurse have time to take her children to school in the morning and go home and prepare them food in the evening?”

The government's plans for the past, present and future are Photoshopped. Whether in 2D or 3D. An exhibition for Egypt to compete on the world stage, designed outside the country and built (as rumoured) by Chinese construction workers. Without the slightest bit of regard to the poorest of all. 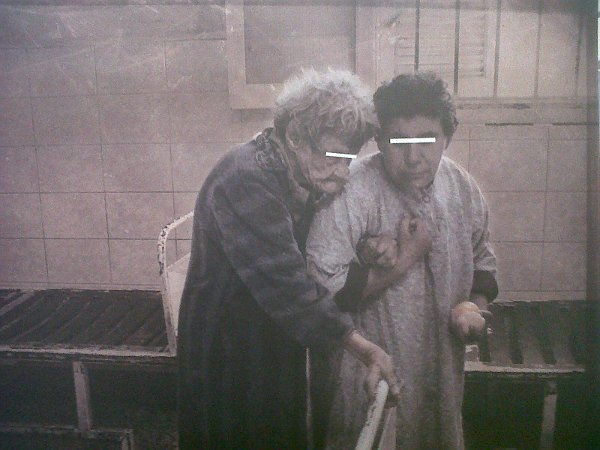